BKMC-MTI provided free medical treatment to 207,521 patients
in the first six months of 2022, said a handout.

Bacha Khan Medical Complex (BKMC) provided free medical treatment to 207,521 patients in the first six months of 2022, said a handout.
Data released from January to June 2022 by the Media & Communication department of the revealed BKMC that in the first six months, more than 78,756 accident victims were treated in Accident & Emergency (A&E) while 128,775 patients were facilitated in Out Patients Department (OPD) and 14,796 patients were admitted to different wards.
Most of the patients in OPD were reported in the Medical, Paeds, Skin, and orthopedic departments while other departments also received patients in OPD.
According to six-month data, about 2,000 surgical procedures were performed in the hospital, and the highest number of surgeries was 370, done in general surgery, 324 orthopedic, 292 Eye, and 270 surgeries done in ENT dept., data added.
To facilitate more patients within the hospital, the Institute-based practice (IBP) is in full swing, now 17 specialist doctors are available in the evening from 3 pm to 8 PM enabling the patients to get better healthcare in the hospital. Spokesperson added.
In the first six month of the current years, more than 239,100 investigations were done in the hospital including X-Ray, ECG, ECHO, Lab, CJT, CT scan, Ultrasound, Digital X-Ray, Litho, ETT, Endoscopy, mammography, physiotherapy, skin laser, and other facilities were provided to patients.
Data revealed that the virology department performed 10671 investigation tests and 4662 covid-19 tests in six months. More than 7000 patients were treated for free through KP Sehat Sahulat Program (SSP) in the hospital.
Referring to the performance report, the Spokesperson said the hospital was given the status of MTI in April 2021, and in a very short period, a clear difference is visible in treatment, hygiene, and other facilities.
After being declared MTI and run by the Board of Governors (BOG), the hospital improved its services and increased the number of outdoor patients (OPDs) from 1400 to 2000 per day, the spokesperson added.
A new emergency with modern equipment was constructed in the hospital in view of the increasing number of patients in OPD, construction of filter clinics is underway which will facilitate the provision of the best facilities without wasting patients’ time, the spokesperson added. 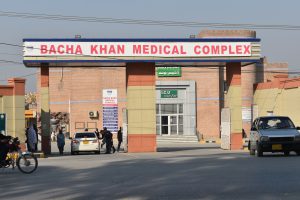